Dealing with the Challenges of Eldercare 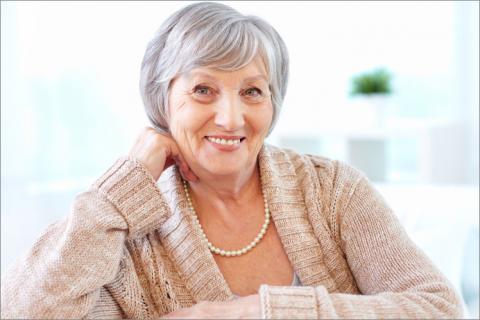 Scott Havens has been a great friend to everyone he's met. Friends love Scott the mechanic from Vancouver because he helps them with car troubles and just about anything with an engine that gives them problems. He's been known to help complete strangers stuck on the side of the road.

Eldercare is a journey. The first step is gathering information.

Care giving for an aging parent, spouse, domestic partner or close friend presents tough challenges...especially when a crisis hits and responsibility descends upon you suddenly.

Maybe your mother has fallen...perhaps due to instability caused by prescription drug side effects...and is hospitalized with a broken hip. Or your spouse has wandered off and become lost several times. Or a long-time friend and mentor has lost a lot of weight and rarely seems to leave home.

How to Tell When a Senior Needs Help With Finances

As we age, it becomes more likely that we may lose track of our finances. It could be because of physical reasons (failing eyesight, shaky hands, etc.), mental reasons (memory loss, cognitive impairment, etc.), or a little of both. It is common for someone not to seek help because of pride or fear of losing their independence and family members (the most common support system) are sometimes reluctant to step in to help. As a result, the following scenarios often occur:

Talking To Your Parents While There is Still Time

Many clients in their 50's and 60's are increasingly worried about the finances of their aging parents. This is especially true in an era of unprecedented low interest rates. They often ask: 'How do I talk to them about their care and their finances?'

This topic raises many sensitive family dynamics including the adult child who is uncomfortable raising the topic with their parents and parents who are in denial or not comfortable discussing these personal care and financial issues with their children.

What if I Can't Look After My Affairs?

Clarke owned a small business that employed three other people besides him. He had sole signing authority on his business bank account, and personally had a joint mortgage on his home with his wife, Lois. His car was registered in his name only. Clarke was generous with gifts on special occasions and holidays for his children and his wife, and supported several charities on a regular basis.

Statistics Canada reported in 2007 that most eldercare (75%) was provided by those between 45 and 64 years of age. These Canadians, often called the sandwich generation, are increasingly finding themselves spending their own savings to care for their elderly parents, while giving money to their kids for university and trying to save for themselves.

A 2012 BMO survey confirmed that 7 out of 10 caregivers were providing some sort of financial assistance to parents or aging relatives, and half of these caregivers reported they had to adjust their own retirement plans as a result.

The Financial & Emotional Ravage of Alzheimer's

The Baby Boomers have become known as the sandwich? generation as they are wedged between the dependency needs of aging parents and the needs of their children. Those hit the hardest have been the families ravaged by the onset of dementia or Alzheimer's disease. Baby Boomers now find themselves reaching the age when the disease is more likely to strike. Very few are prepared for the emotional and financial toll this degenerative disease can take.

Over the next 10 years, as Babyboomers begin retiring the majority of these retirees will face financial challenges related to caring for aging parents.

The family home is often strongly connected to many wonderful life memories, therefore most seniors prefer to live independently in their own homes for as long as possible.

What Will Be Sacrificed

Many believe that if they need long term care, either in their home or in a facility, that the cost will be covered by provincial health care or other government agencies. While there are certain programs available, a significant portion of these costs are the responsibility of the patient.

Our parents raised us; we moved out, had children of our own and raised them. Then our children moved out and had children of their own to raise. It was supposed to stop there for us, but then one day we had to look after one or both of our parents.

According to a 2007 survey by Market Probe Canada, 38% of those between age 35 and 75 have already provided long term care to a family member or friend. www.Howtocare.com suggests that we may spend as many years caring for a parent as we did raising a child.

Click on the links below to view the latest information on markets, indicators, and trends, updated on a weekly basis!

*Manulife Advantage Account is offered through Manulife Bank of Canada and is available through our referral arrangement with Manulife Bank.